Sikkim is now the first fully organic state of India, folks! Believe it or not, the landlocked state in North-Eastern India has done what many other states could not. Sikkim is now a completely organic state officially. With a population of around six lakhs, the state also known as the ‘Land of Flower’, will now be known for its organic initiative too.

Though the state attained the status in December last year, Prime Minister Narendra Modi made the official announcement during his maiden visit to the state of Sikkim on January 17, 2016. The Twitter handle had a reflection of Prime Minister’s expression to his visit – “I am particularly delighted that the conference is being held in Sikkim”. He also said that focus will be given to sustainable development, organic farming and ecotourism.

Sikkim is a landlocked state nestled in Himalayas with no direct train or commercial flight connectivity till date. But Sikkim managed to succeed in its mission overcoming all the obstacles. Around 13 years ago, in 2003, the then Pawan Kumar Chamling led government took this decision through a declaration in the legislative assembly. And the journey began.

Over the years around 75,000 hectares of land has been converted into certified organic farms following the guidelines as prescribed by National Programme for Organic Production (NPOP). However it had its share of struggle. Though Sikkimese farmers never depended on chemicals heavily, but there was the use of synthetic fertilizers. It was when the state banned its use that the farmers were compelled to go the organic way.

Organic cultivation does not involve the use of chemical pesticides and fertilizers and thus helps to maintain a harmonious balance among the various complex ecosystems. Also it has improved the quality of the soil, which further improves the standards of the crops produced there. Within 1.24 million tonnes of organic production in the country around 80,000 million is supplied by Sikkim alone.

As an entirely organic mode of production, it can now boast of being a state where the tourists can savour fresh organic vegetables in the heart of the Himalayas. Sustainable farming goes a step ahead as it provides environmental protection, biodiversity conservation and better agricultural products. It also lowers down pollution, thus maintaining the fragile ecosystem of the Himalayan state.

Being an organic state, it now enjoy its own effort. Sikkim, also a major tourist attraction for domestic and international tourist now has a new feather in its cap. Bestowed with varied agro-climatic conditions, some of the major crops produced in Sikkim are cardamom, ginger, turmeric, off-season vegetables, flowers, Sikkim mandarin, kiwi, buck wheat, paddy maize and millets.

Setting an example for the entire nation, Sikkim now join hands with the organic states of the foreign countries like California and Wisconsin among others. Several other parts of India now also inspire the same and working hard to achieve the status. “Sikkim has already achieved that feat of living in harmony with nature, and is, therefore, a model of development which also protects nature,” Modi stated.

This initiative began around 2003, when Chief Minister Chamling declared, in Sikkim Assembly, his intent to make the state entirely and completely organic. This transformation was made possible through federal funding around roughly Rs. 52.30 lakhs per 100 acres for the first three years of this initiative. In order to have the land certified organic, the government has spent roughly about Rs. 9,06,97,320 on the Sikkim Organic Mission (SOM).

Championing this agriculture-friendly project, Chief Minister Chamling has been re-elected to his position five consecutive times since 1994. He also holds the record of being the incumbent Chief Minister of any Indian state for the last 22 years. He was able to oversee this project to its completion and successfully watch his vision come to life.

The state first initiated this journey by endorsing multiple efforts, such as banning all sales of pesticides and synthetic fertilizers. This left local farmers with no option but to go organic. It then held two-day workshops, where experts in the organic field and scientists assisted farmers in making this transition. This project serves as a crucial health initiative; however this is also an economically incentivised decision. The organic switch has resulted in higher profit margins for the farmers of the state.

Utilizing the framework set forth by the government agency, which deals with organic accreditation, the National Program for Organic Production, Sikkim had to eliminate the use of pesticides, chemical fertilizers and GMOs. They had to replace these practices with working in conjunction with the local ecosystem to preserve the biodiversity and prevent erosion. Organic farming also provides natural alternative options to chemical fertilizers such as cow manure and compost from plant residues, clay and neem extracts, garlic, mushrooms and so on.

“As we are a small state, the landholdings of our farmers are also very small,” the then Indian Environmental Minister, Brijendra Swaroop informed the newspaper ‘The Hindu’ in 2010. “Organic farming has become as an appropriate option for us, as we can send our produce to niche markets, not just in India, but also from abroad, in order to get maximum returns for farmers.”, Swaroop further stated.

One of the most beneficial results of this initiative, in addition to health, is the tourism sector that is currently booming. The state of Sikkim already had the picturesque countryside theme going for it. Now it’s organic label makes it a hot commodity. To incentivise this cozy fresh feel one step further, many resorts allow you to pick and cook fresh organic produce from their farms and gardens.

The Sikkim State Civilian Awards have been instituted by the state government in 1987, in recognition of the sterling contribution and achievements made by individuals in various fields of activities. The objective behind instituting these awards is to felicitate those people, who have worked relentlessly for the cause of their community in their individual capacities.

Besides Sikkim, the states that are active in organic farming are Madhya Pradesh, Himachal Pradesh and Rajasthan, which are the top three in India in terms of absolute area under organic farming. Other states that have also been active in promoting organic farming include Kerala and Mizoram, the latter passing a legislation in the assembly for the same in 2004, the first state to do so. 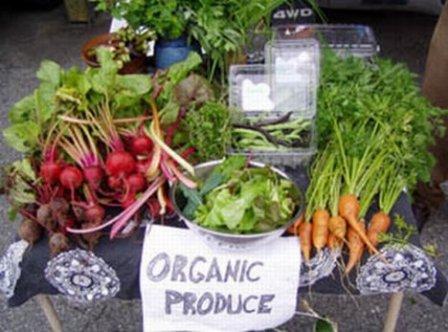 While these states’ efforts are certainly commendable, they are only the first step in the long-term sustainability of organic agriculture, which requires an active market for its produce, both here and abroad, which in itself is a result of understanding the centrality of food to our well-being. Now, who wouldn’t want to make a pit stop in this organic state, where everyone is welcomed into the arms of healthy living?

Stories to make you feel better.