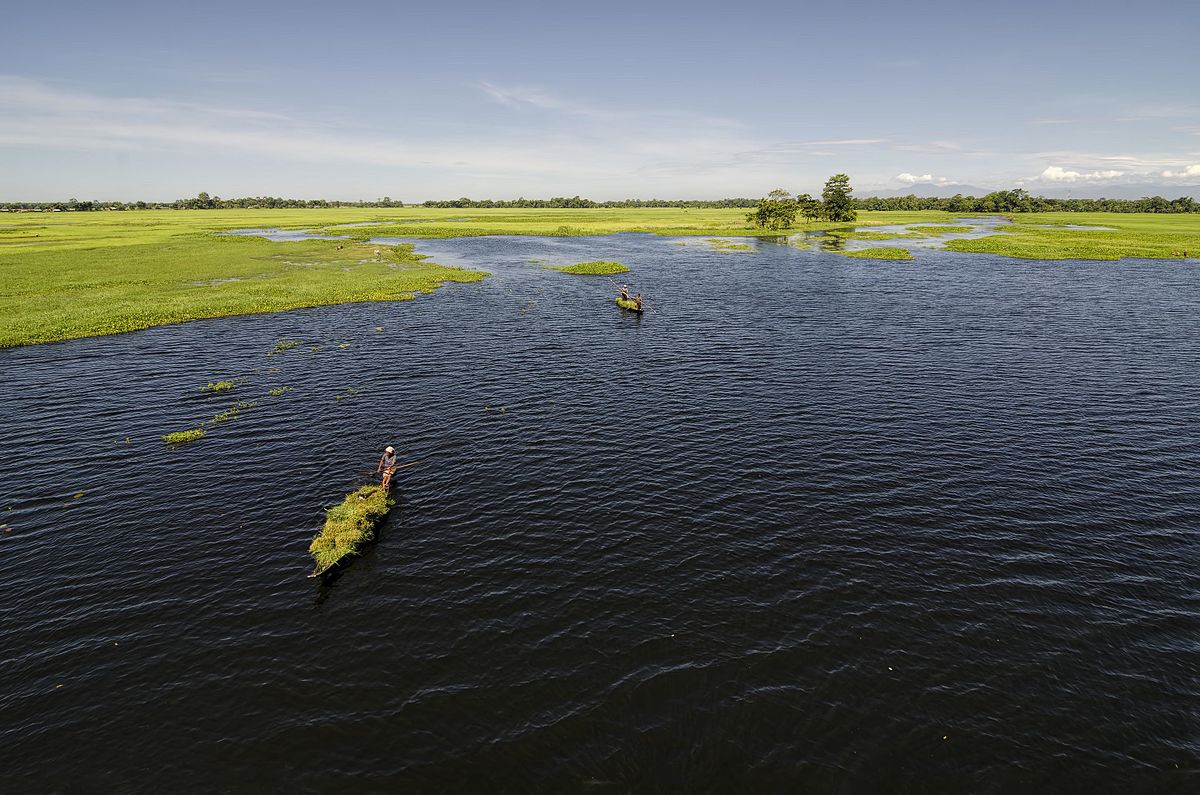 The Union Minister of Water Resources, River Development and Ganga Rejuvenation Nitin Gadkari laid the foundation stone for a new scheme for protection of Majuli Island in Assam from flood and erosion of river Brahmaputra, at an estimated cost of Rs. 233.57 crore.

The scheme has been framed by Brahmaputra Board based on the recommendations of the high level Expert Committee of the Government of India that visits the island at least twice a year to monitor and recommend anti-erosion measures.

The major components of the scheme include (a) Bank revetment with geo bags filled with earth / sand for a reach length of 27 km in 14 locations (b) RCC porcupine works in 41 locations (c) Construction of a sluice and (d) Construction of a Pilot channel for a length of 3.50 km. The scheme was sanctioned by Government of India in March, 2017. The funding for the project would be from Ministry of DoNER.

Majuli District with an area of 1245 sq km, includes the main Majuli Island with an area of 522 sq km, a large number of smaller islands some of which are inhabited and the Brahmaputra River upto its south bank touching Jorhat and Sibsagar Districts. The area of the island was 734 sq km in 1914 whereas, the minimum area was recorded to be 502 sq km in 2004.

Geomorphologically, the entire Majuli island is a part of the alluvial flood plains of the Brahmaputra river. The island is formed of soil consisting mainly of silt deposits. The soil is without cohesion and thus, susceptible to erosion. The problem of erosion has been severe after the disastrous earthquake of 1950.

As per Survey of India topo-sheets and satellite imagery data, area lost by the island is 206.7 sqkm from the year 1949 upto the year 2004. Although some measures were taken in the form of embankment and anti-erosion work by Government of Assam, the problem of erosion and flood remained mostly uncontained. The embankments built during the 60s were in poor condition.

Work was started by Brahmaputra Board in January 2004 in four phases. The total expenditure incurred in these four phases up to October 2017 is Rs. 185.88 crore.

Major works carried out under these schemes includes raising and strengthening of 96.25Km embankment with breach closure at 24 locations, construction of five spurs with Boulder and Geo-bag, construction of noses of land spurs at Sonowal Kachari and Kandulimari, numerous RCC porcupine screens, spurs etc at erosion affected reaches, bank revetment for a length of 4.11 km at four locations and five numbers of raised Platforms.

Before the protection work was taken up by the Board, cultivation could not be done in many areas of the island such as Malowal-Malapindha during kharif season due to large numbers of breaches in the embankment. People suffered from flooding year after year and land of the island was lost at about 2.5 sq km in a year.

Due to raising and strengthening of 96.25 km of existing embankment, the entire area of Majuli Island within the embankment is now secured from floods unless there is breach in embankment. Communication from remote areas has improved as people use these embankments as roads.

Due to implementation of the anti-erosion and pro-siltation measures such as RCC porcupine, bank revetment and spurs, the situation of Majuli Island has now reversed in most areas. Erosion in most of the vulnerable locations except for a length of about 10km along Brahmaputra could be contained due to these measures. Judicious laying of porcupine screens encouraged heavy siltation and have brought about favourable changes in the river morphology and regime.

Reclamation of land started and area of Majuli Island increased from 502.21 sq km in 2004 to 524.29 sq km in 2016 with net gain of 22.08 sq km as per study on satellite imageries. Thus, not only overall erosion of the Island is arrested, but the trend has been reversed favourably.

It is noteworthy that Brahmaputra is one of the most difficult rivers to tackle as it is very dynamic with morphology changing continuously. Measures adopted elsewhere may not be applicable in this river which is 3rd largest in the world and carries highest silt amongst the rivers of its size. Keeping this in mind,

The Board is in the process of preparation of the proposals and will finalize the same through the Expert Committee for obtaining approval. Once techno-economically approved, Board will seek a funding agency to execute these works.

News and stories that make you feel better after reading.